Barracouta are caught in coastal waters around mainland New Zealand, The Snares, and Chatham Islands, down to about 400 m.

Barracouta are commonly encountered by recreational fishers in New Zealand, more frequently in the southern half of BAR 7 and BAR 1. Barracouta are typically harvested as bait for other fishing rather than for consumption.

Barracouta are managed by Fisheries New Zealand under the Quota Management System (QMS).

These fisheries are currenlty under reassessment.

The risk assessment framework is used to assess the relative environmental risks of Australian and New Zealand wild caught fisheries on fish stocks and the aquatic environment.

Assessments are undertaken for each species according to multiple ‘units of assessment’ (UoAs). The UoA is a combination of target species/stock and the gear type used by the fishery. Each UoA is assessed against three components for target species, bycatch and ecosystems, and management systems. Each component has a number of performance indicators, which have associated criteria, scoring issues and scoring guideposts. For each UoA, each performance indicator is assigned a risk score according to how well the fishery performs against the scoring guideposts. 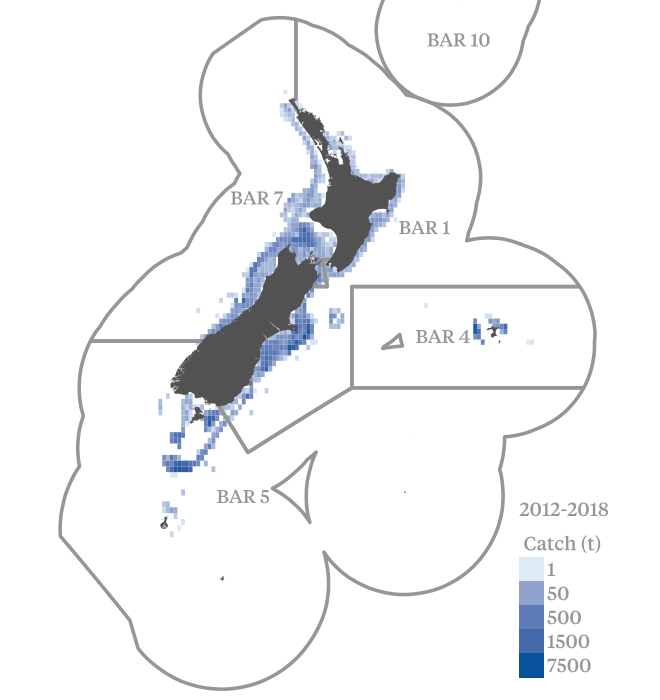 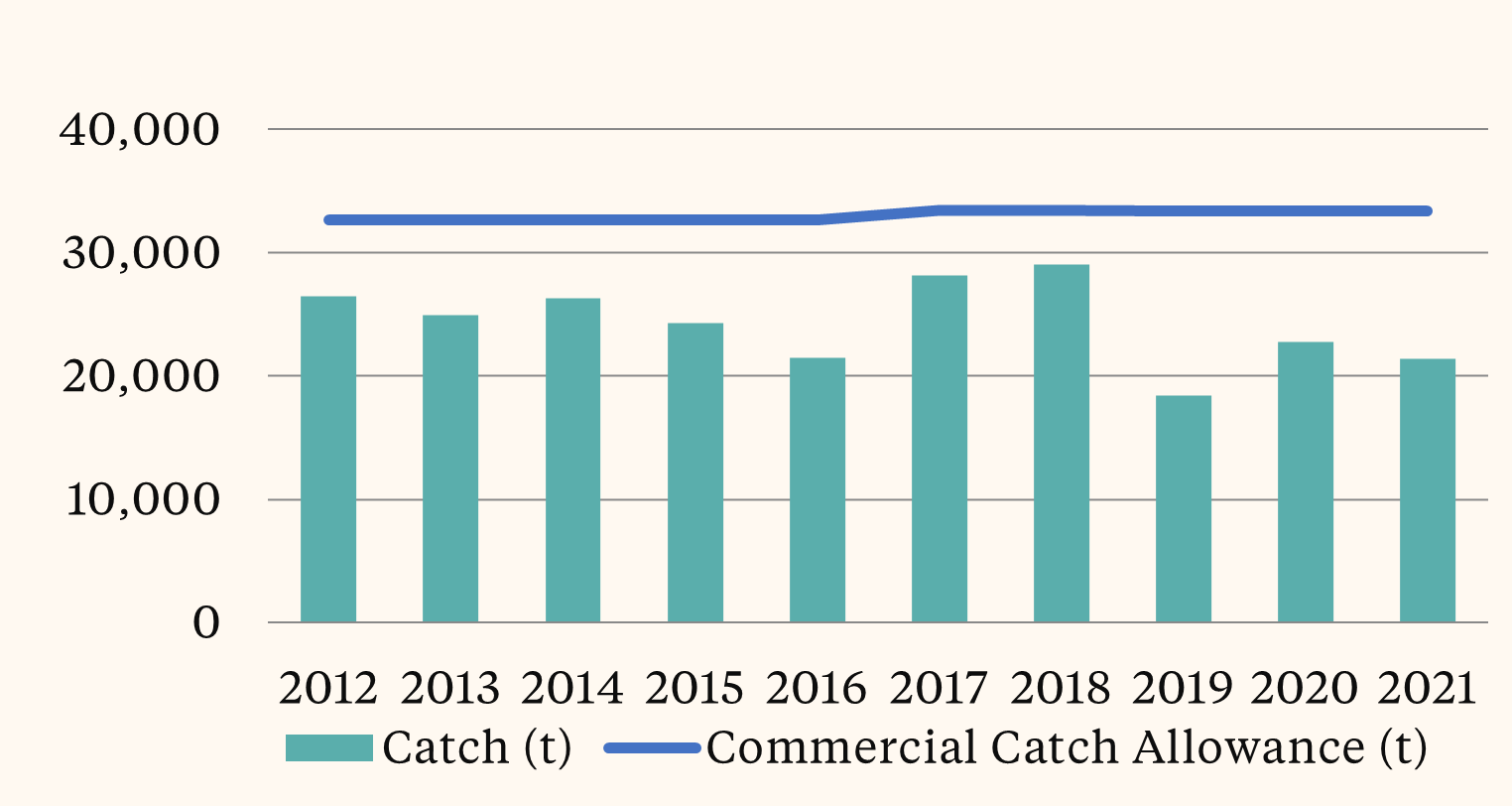 These fisheries are currently under reassessment.
SPECIES FACTSHEET

Click the button above to download the barracouta factsheet which collates relevant information from across the site into a single PDF. The professionally designed format makes it easy to share soft copies and print hard copies.