The nature and extent of interactions between protected species and some New Zealand commercial fisheries has been documented by government fisheries observers since the 1990s. In general, the extent of these interactions is better understood for large-scale high-volume fisheries compared to smaller-scale inshore fisheries. 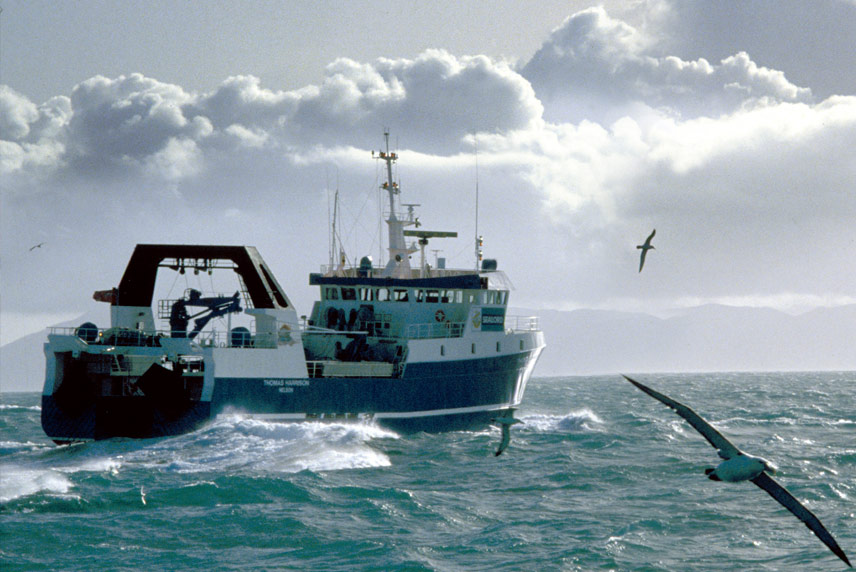 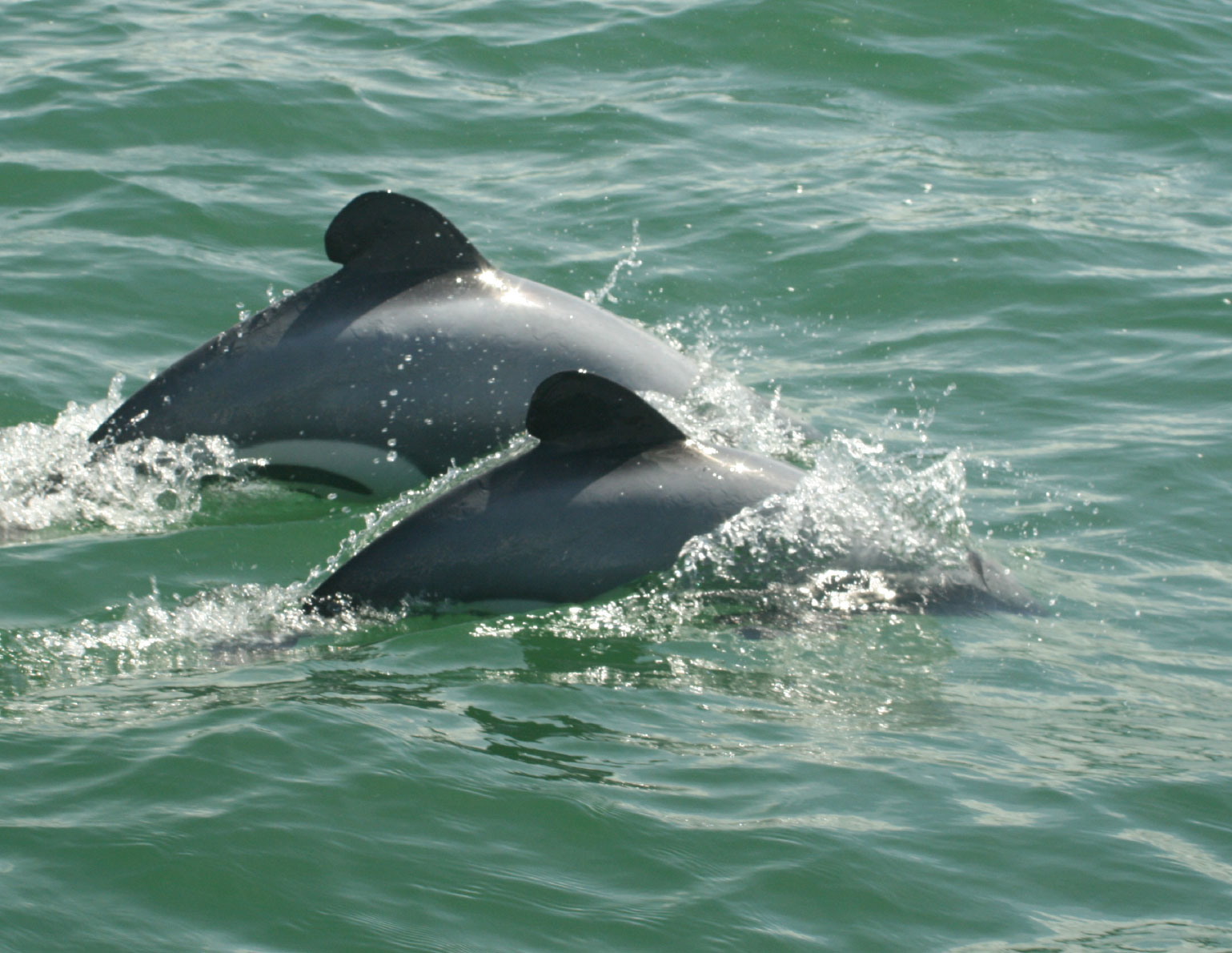 All marine mammals and reptiles, most seabirds and corals, and many other marine species are fully protected under New Zealand law.
This section provides an overview of how New Zealand monitors and manages risks to seabird, marine mammal and other fish populations due to commercial fishing activities. Although commercial fishing is only one of many threats to these species, the seafood industry plays a significant role in ensuring their ongoing sustainability. More information on the status of individual species, management plans and industry intiatives can be found by clicking on the Related Sections, Deeper Reading or downloable PDF features.

New Zealand’s management of interactions between commercial fishing activities and other non-commercial species is broadly based on the status of associated species populations and risks to those populations. Risk assessments highlight priorities for investment and management action.

Both the Fisheries New Zealand and the Department of Conservation have regulatory responsibilities for managing interactions between commercial fishing activities and associated non-commercial species.

New Zealand is often referred to as the seabird capital of the world – 96 breeding seabird taxa occur here. These include albatross, petrels, shearwaters, penguins, shags, and many others. For some species groups, the diversity found in New Zealand is greater than anywhere else in the world.

Seabird interactions with commercial fishing activities are best understood for the longline and trawl fisheries. Across all New Zealand commercial fisheries for which information is available, annual potential seabird fatalities are estimated at around 14,400. Estimated seabird captures in fisheries using the trawl and surface longline methods have decreased since the early 2000s.

Policy guidance for managing risks to seabird populations due to commercial fishing activities is provided by New Zealand’s National Plan of Action for Seabirds. Requirements under fisheries law relevant to the management of seabird interactions with commercial fishing include;

Since 1992, captures of 16 taxa of marine mammals have been reported to result from commercial fishing activities in New Zealand. These captures include two species of baleen whales, nine toothed whale taxa, three species of seal and one species of sea lion.

Maui dolphin is classified as Nationally Critical by the New Zealand Threat Classification System. An expert panel conducting the 2012 risk assessment concluded that the estimated level of human-induced mortality, including commercial fishing, is higher than the population can sustain. The most recent estimate of Māui dolphins aged one year or older is 63 animals (range 57 – 75). This range is higher than previously estimated.

The New Zealand sea lion risk assessment focused on the two best known breeding populations, occurring at the Auckland Islands and Otago Peninsula. For the Auckland Islands population, the greatest risks were identified as disease (Klebsiella and hookworm), commercial trawl fishing, male aggression, trophic conditions (prey availability), and entrapment and death in mud wallows. Addressing any one of these risks was considered inadequate to resolve the population decline that is evident at the Auckland Islands. Instead, the assessment showed that a holistic view to addressing risks is required.

Management measures developed and implemented to manage fishing interactions with associated species are informed by the risk assessments described above. Species-specific actions are described in threat management plans, which have been completed for the New Zealand sea lion and Māui and Hector’s dolphins. Actions include area-based restrictions on fishing activity and increased monitoring of commercial fishing activities in some areas. Additional mitigation measures have also be put in place, such as the use of Sea Lion Exclusion Devices for all vessels in the southern squid trawl fishery.

However, the law also has provisions for legally returning fish to the sea. These provisions generally relate to sustainability or vessel safety purposes. They are;

– Being less than the minimum legal size (16 species have a Minimum Legal Size) ;
– Being allowed under Schedule 6 of the Fisheries Act (33 species have a Schedule 6 provision) ;
– Being necessary to ensure the safety of the vessel or any crew member ;
– Being a part of fish, aquatic life, or seaweed lawfully processed on a vessel ; or
– Authorised by a government authorised observer.

Notwithstanding the general requirement to land all catch of QMS managed species subject to the regulated exceptions referred to above, it is known that there is some catch of QMS species which is illegally returned to the sea and not reported on any catch returns. Research by the National Institute of Water and Atmospheric Research (NIWA) estimated that for every kg of catch, approximately 6% of the catch is returned to sea. This includes fish both legally and illegally returned to sea.

It is not illegal to capture or kill a protected seabird or marine mammal accidentally or incidentally in the course of commercial fishing activities, provided any such event is reported to the Government. Fishers are liable for prosecution if they fail to report the incident according to legal requirements.

Returning fish to sea illegally could be deemed a serious offence under New Zealand law, resulting in penalties from up to five years' imprisonment, fines up to $500,000 and forfeiture of all equipment including vessels, fishing gear and forfeiture of quota shares.
Information verification procedures
All content generated on this page is referenced from the OpenSeas Section Detail Report (downloadable above).

The OpenSeas report was prepared by a technical expert, with demonstrable knowledge and experience in the topic at hand. An internal fit-for-purpose review was conducted by the OpenSeas Programme Director, which may have included external scientific or operational expertise. An external scope and accuracy review was conducted by the relevant regulatory agency(ies) (i.e. New Zealand Government departments).

The report author was responsible for revising the report in line with recommendations from reviews and retains final responsibility for the report content.