Trevally is caught around the North Island and the north of the South Island, with the main catches from the northern coasts of the North Island. Trevally is taken in the northern coastal mixed trawl fishery, mostly in conjunction with snapper. Since the mid-1970s trevally has been taken by purse seine, mainly in the Bay of Plenty, in variable but often substantial quantities.

Recreational fishers catch trevally by set net and line methods. Although highly regarded as a table fish, some trevally may be used as bait.

The risk assessment for trevally is currently under review. 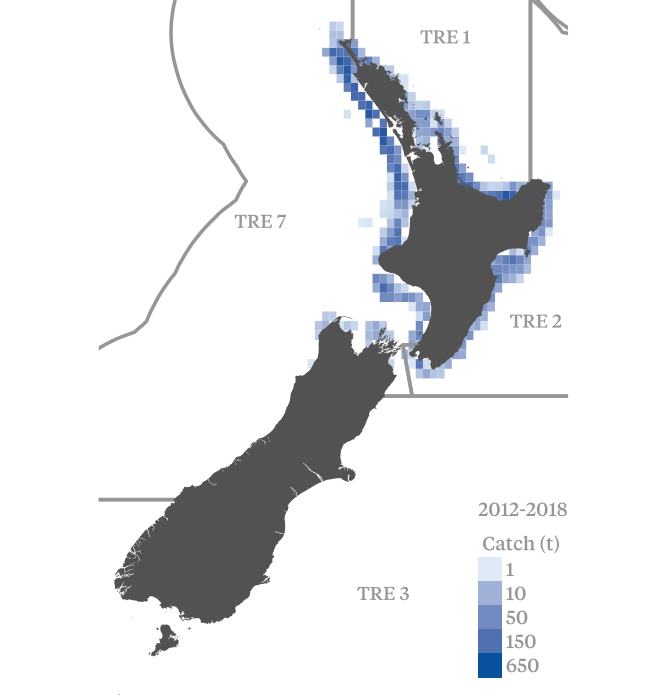 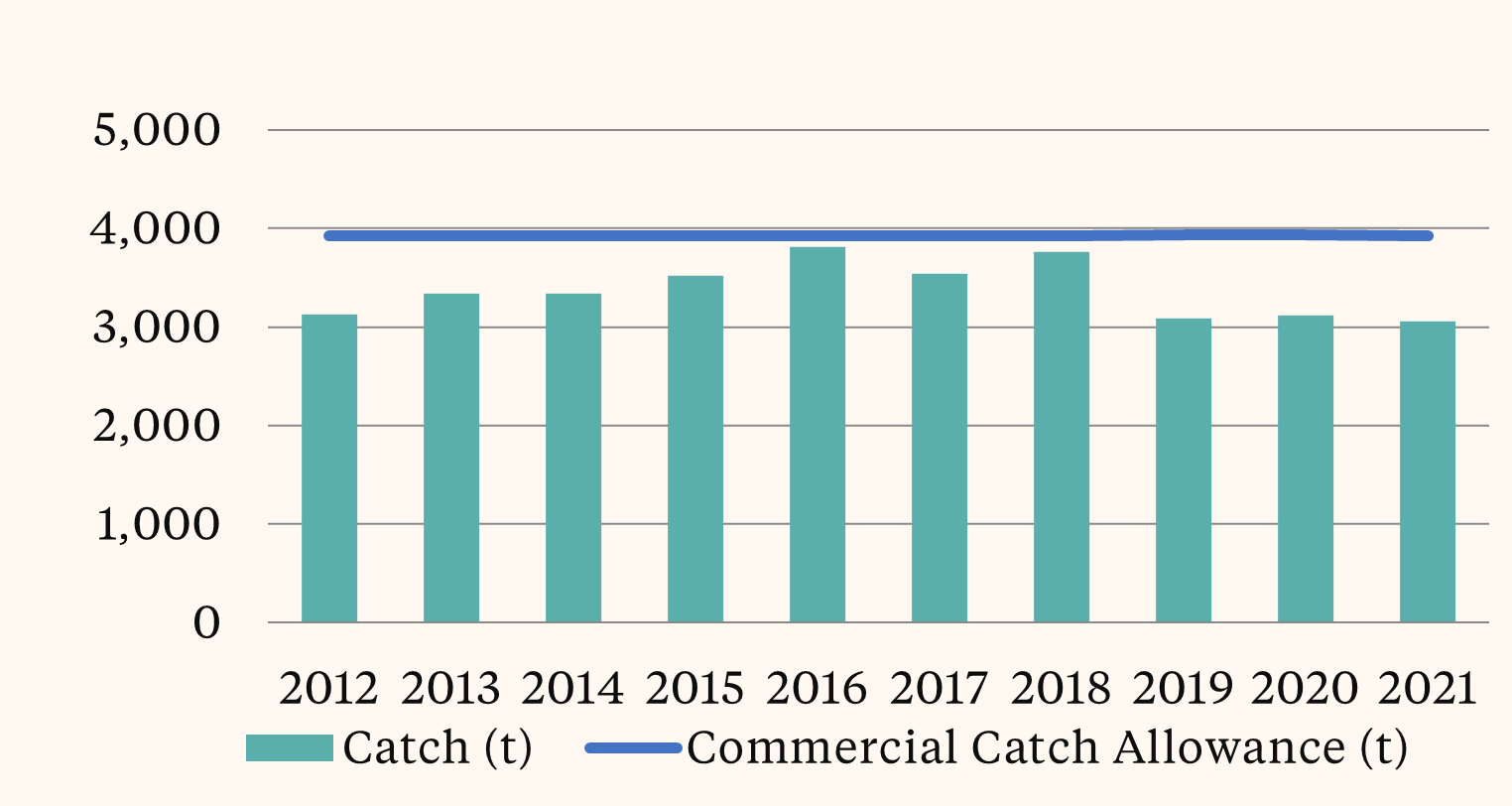 The risk assessment for trevally is currently under review.