The snapper fishery is one of the largest and most valuable coastal fisheries in New Zealand.

Snapper spawn in inshore areas and tend to live around reefs and rocky areas up to 200m in depth. They are found most prominently around the North Island (SNA 1 and SNA 8) and the top of the South Island (SNA 7). SNA 1 and SNA 8 encompass the main stocks, accounting for over 90% of the total commercial catch in 2014-15.

Snapper are primarily harvested by trawl and longline gear.  Most snapper taken in SNA 1 and 8, and some taken in SNA 7, is the declared target species, but some snapper is taken as a bycatch in a variety of inshore trawl and line fisheries.

The snapper fishery is the largest recreational fishery in New Zealand, with recreational harvests accounting for over 40% of the total catch. Snapper also form important fisheries for customary purposes, but the annual catch is not known. 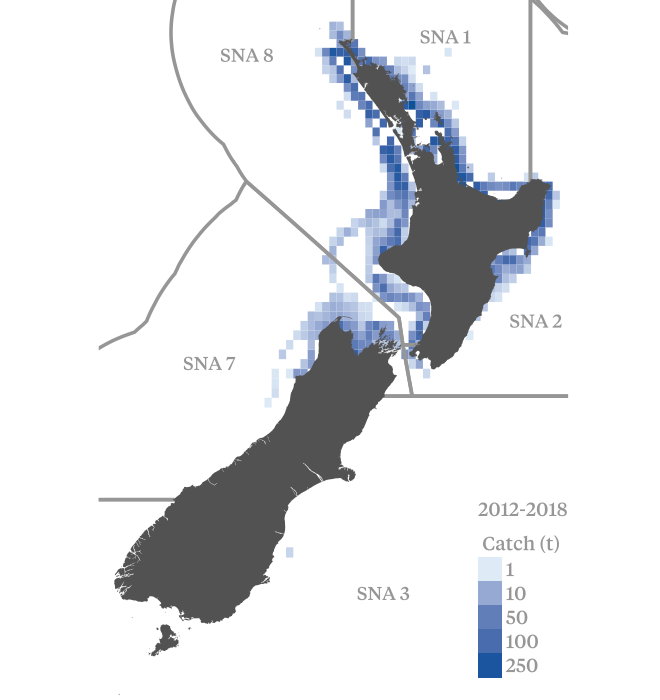 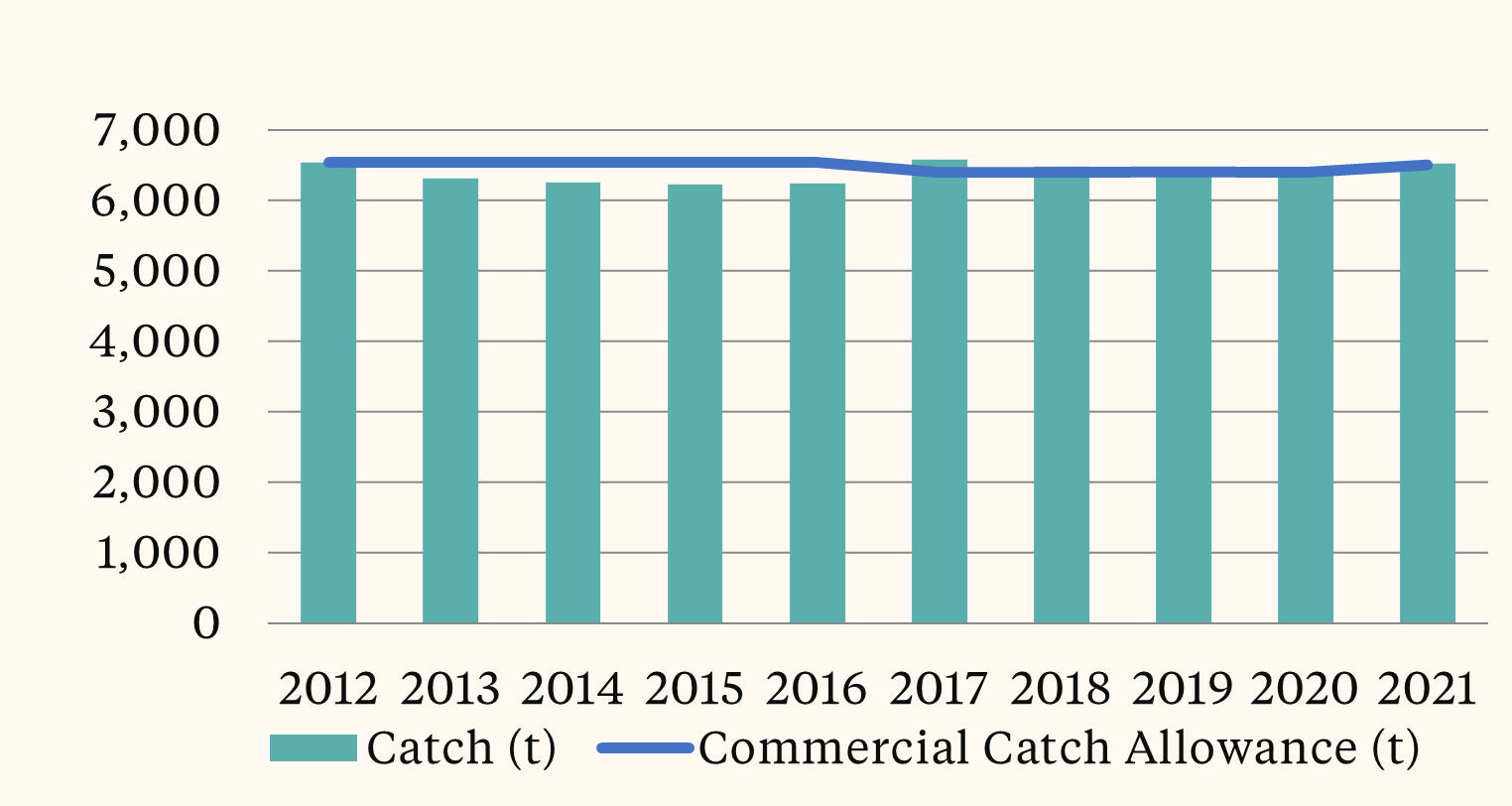