The largest domestic bluenose fisheries occur in BNS 1 and 2. Historically, catches in BNS 2 were predominately taken in the target alfonsino and bluenose trawl fisheries, but have been primarily taken by target bottom longline fishing in recent years. There is a target line fishery for bluenose in the Bay of Plenty and off Northland (BNS 1).

The first fully quantitative stock assessment modelling for bluenose was carried out in 2011. Following the 2011 stock assessment, a rebuild plan was put in place with phased reductions to the TACCs for bluenose stocks. In 2011, TACCs were reduced in BNS 1, BNS 2, and BNS 3. In 2012, TACCs were further reduced for all bluenose stocks. From October 2017, following the assessment being updated to include information up to the end of the 2015–16 year,  TACCs have been further reduced to ensure that BNS stocks rebuild towards the target at an appropriate rate consistent with the NZ Harvest Strategy Standard.

TACCs were first established for bluenose upon introduction to the Quota Management System (QMS) in 1986–87. Catch performance against the TACC has varied, with the combined TACC being undercaught by an average of 9% to 20% from 1987 to 2008.

The risk assessment for bluenose is currently under review. 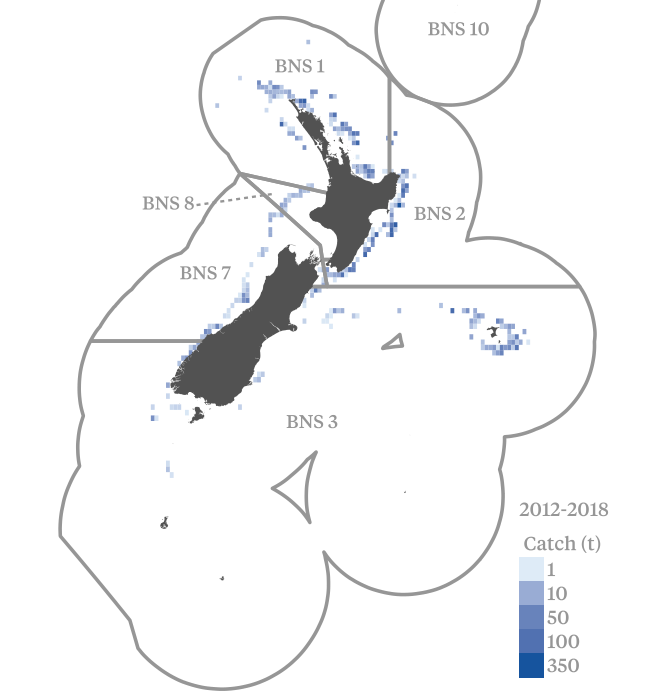 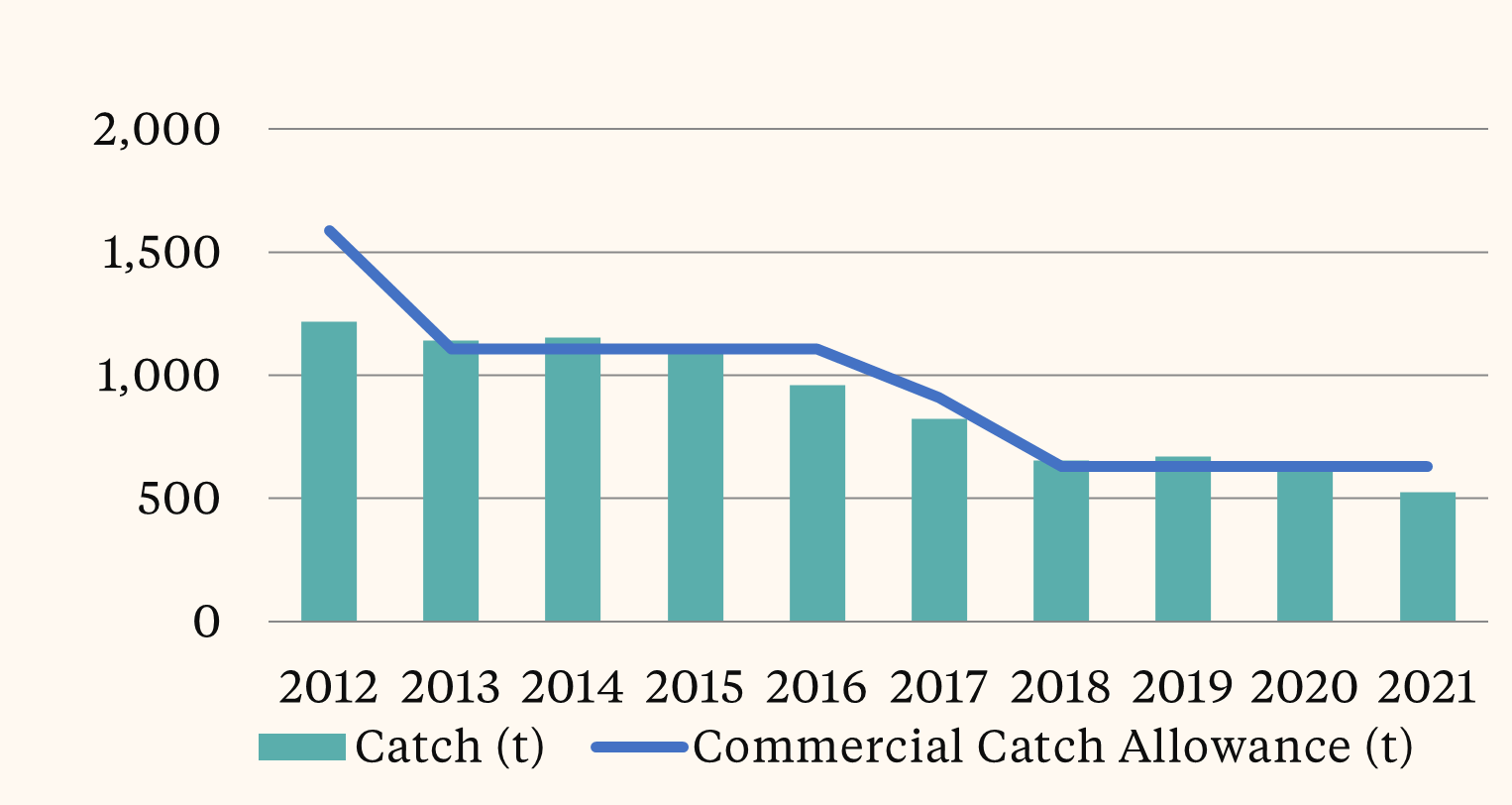 The risk assessment for bluenose is currently under review.