The New Zealand hake trawl fishery is a well managed and sustainable fishery in accordance with the Marine Stewardship Council's Principles and Criteria for Sustainable Fishing.

New Zealand hake is harvested mainly by trawl from the South Island, off the east and west coasts and in sub-Antarctic waters. Hake are widely distributed throughout the middle depths of New Zealand waters. Adults are mainly found between 250 and 800 m, while juvenile are found in inshore regions shallower than 250 m. Hake start breeding around 6 – 10 years and live to roughly 25 years.

M. australis look similar to other hake but are distinct and only found in New Zealand and Patagonia.

The two main hake fisheries in New Zealand, off the west coast of the South Island (HAK 7) and on the Chatham Rise (HAK 4), have traditionally consisted of bycatch in the much larger hoki fisheries. In recent years, both have become important target fisheries.  The hake fisheries overlap with the hoki and ling fisheries. As such, they are often considered and managed as a complex. Hoki and ling are both MSC certified fisheries.

Hake is managed by Fisheries New Zealand (FNZ) using the Quota Management System (QMS). FNZ works in partnership with Deepwater Group (a not for profit organisation that works on behalf of fisheries quota owners). The two parties have developed a single joint-management framework with agreed strategic and operational priorities and workplans. The partnership is focused on determining the maximum economic yield of the deepwater fisheries by setting catch limits that maximise returns over the long-term within the constraints of ecological sustainability.

The MSC Certification covers 55% of all hake caught in New Zealand. Hake was re-certified in September 2018, however HAK 7 was withdrawn from certification in 2019. 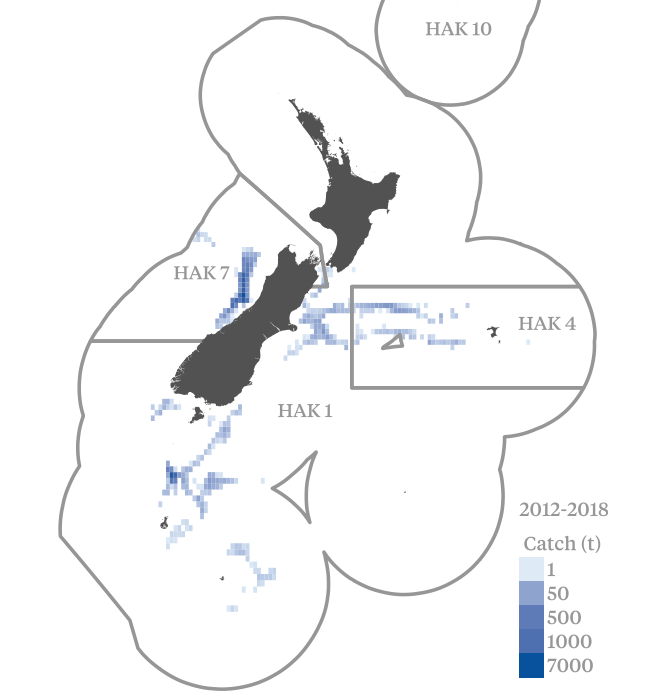 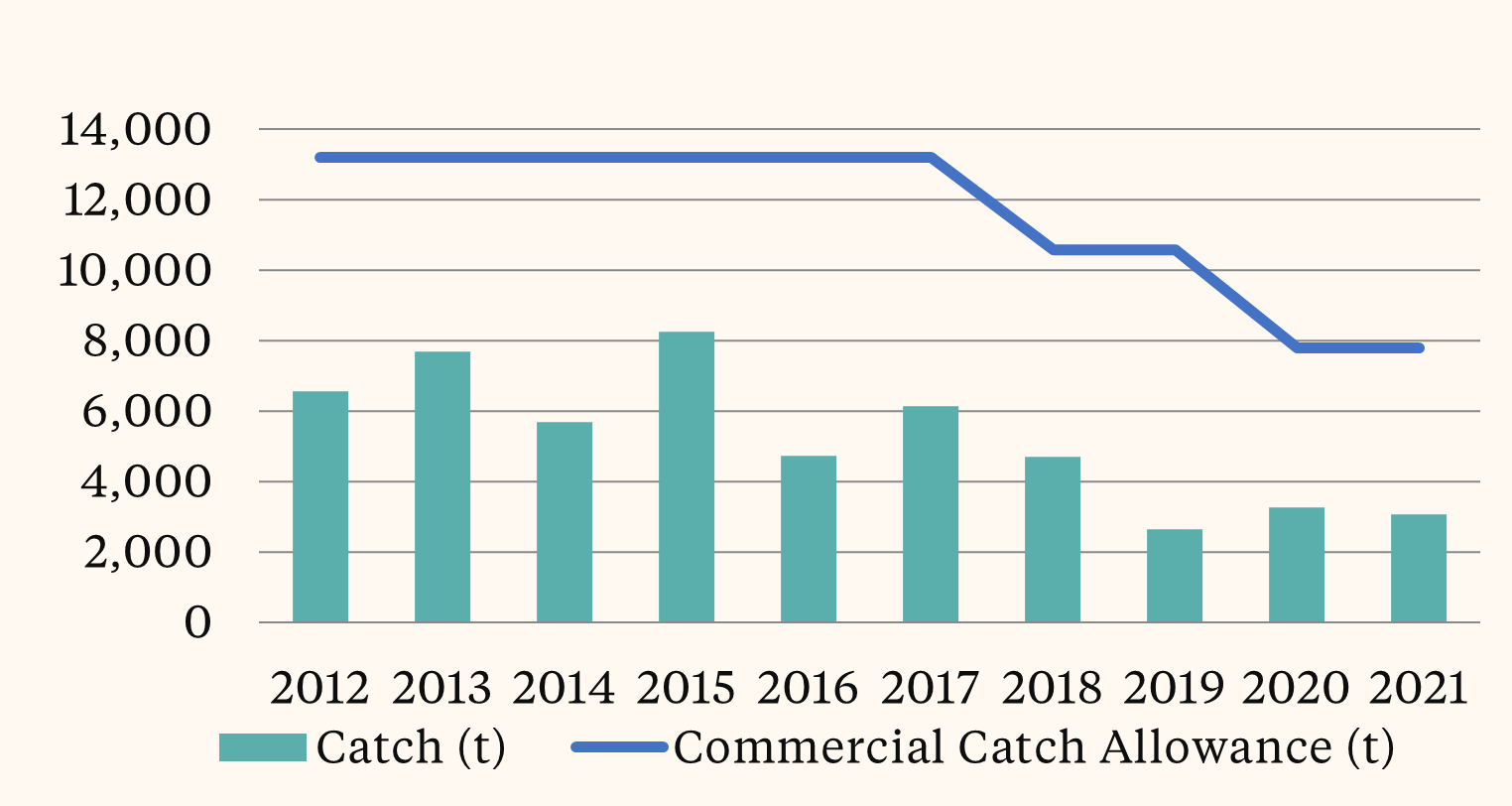 The current management approach for all hake stocks is based on stock assessment models and involves regular reviews of the total allowable catch (TAC) and total allowable commercial catch (TACCs). Changes to the TAC/TACCs or any other management measures are implemented to ensure the stocks are managed to the default target and limit reference points as specified in the Harvest Strategy Standard. The stock assessment results are reported in the Fisheries New Zealand Fisheries Assessment Plenary documents, with the likelihood of current and projected stock status being below target and both soft and hard limit levels being reported. Scientific advice is consistent with achieving the target biomass and achieving acceptable risks.

The current biomass for each hake stock is well above the target reference point and is at a level that maintains high productivity and has a low probability of recruitment overfishing. The estimated catch has been less than the TACC since 2005 in all regions and does not currently constrain catches.

A management strategy is in place for the hake fishery that is highly likely to achieve national and international requirements for the protection of endangered, threatened, and protected (ETP) species. For the hake fishery, interactions focus on seabirds and marine mammals.

The hake trawl fishery is not thought by experts to represent an especially high risk for seabird populations, as long as effective management measures, including mitigation, are in place. Seabird captures in the hake fishery account for approximately 3% of seabirds caught in New Zealand offshore trawl fisheries (based on data from 2007/08 and 2008/09). Captures of potentially at-risk species require particularly careful monitoring to ensure that the impact of the hake fishery does not threaten sustainability. By law, trawlers over 28 m in length fishing in New Zealand waters are required to use one of three specified devices to reduce seabird interactions with trawl warps; paired streamer lines, a bird baffler or a warp scarer.

Interactions between the hake trawl fishery and marine mammals are typically with fur seals. Fur seal populations are monitored, and estimates of total New Zealand population sizes, and number of breeding colonies are generally increasing. Overall, the hake trawl fisheries are highly unlikely to directly affect the growing population, although continued study is warranted.

No interactions have been noted with sea lions within the hake fisheries.

The hake management system has an effective monitoring, control and surveillance system, including satellite vessel monitoring systems, government observers, and accurate reporting and record-keeping. Sanctions to deal with non-compliance in the fishery exist, and are consistently applied. However, the preferred approach is to work collaboratively with industry to prevent non-compliance.

The hake fishery has been managed within the Quota Management System since its inception in 1986.

Click the button above to download the hake factsheet which collates relevant information from across the site into a single PDF. The professionally designed format makes it easy to share soft copies and print hard copies.